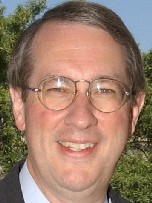 Rep. Goodlatte (at right) stated in a release that these bills ensure "that Americans can continue to access the Internet tax-free. In this increasingly digital age, Americans rely on access to the Internet to apply for employment, to seek and share innovative ideas, to keep governments accountable, to run small businesses, and to communicate with their families and friends. This legislation will help ensure more Americans have access to this tremendous medium by reducing cost barriers."

Support for these bills is bipartisan -- as is the opposition. Also, the history of this legislation has been that supporters have introduced bills that provide for a permanent ban, and then the Congress eventually settles on a temporary ban.

This bill would not add to, or delete, any of the numerous exceptions or grandfathering clauses.

Second, Rep. Steve Chabot (R-IN) introduced HR 434 [LOC | WW], the "Permanent Internet Tax Freedom Act", on January 29, 2013. That bill has no cosponsors. It was referred to the House Judiciary Committee (HJC), which has taken no action on it. S 31 and HR 434 are substantially identical.

S 1431 is different from the other three bills in that it includes seven Congressional findings.

The substantive language of HR 3086 and S 1431 is identical. It is slightly different from that of S 31 and HR 434, but would have an identical effect -- eliminating the ITFA's sunset, thus making the ITFA permanent.

HR 3086 was also referred to the HJC. Rep. Goodlatte is the Chairman. The original cosponsors of HR 3086 are Rep. Spencer Bachus (R-AL), Rep. Chabot, Rep. Steve Cohen (D-TN), and Rep. Anna Eshoo (D-CA). All but Rep. Eshoo are members of the HJC.

The current ban provides that "No State or political subdivision thereof may impose ... Taxes on Internet access" or "Multiple or discriminatory taxes on electronic commerce". There are, however, grandfathered taxes, and numerous exceptions.

The statute currently provides that "No State or political subdivision thereof may impose any of the following taxes during the period beginning November 1, 2003, and ending November 1, 2014: (1) Taxes on Internet access. (2) Multiple or discriminatory taxes on electronic commerce." The statute then sets forth at length the grandfathered taxes, and exemptions.

However, the ITFA does nothing to limit federal taxation of internet access or electronic commerce.

Support for HR 3086. The National Cable and Telecommunications Association (NCTA) stated in a release that "Extending the current Internet tax moratorium will protect consumers and small businesses from new and burdensome state and local taxes on Internet access, helping more Americans get online and ensuring that the Internet continues to power U.S."

Steve Largent, head of the CTIA, stated in a release that "Affordable wireless broadband is no longer just a modern convenience, but a vital component in the lives of American consumers and businesses. From education to healthcare to commerce, a reasonable and permanent tax structure that guarantees affordable access to the Internet and the incredible services it provides is vital for consumers and continued innovation."

Congressional Findings in S 1431. The Senate bill introduced by Sen. Wyden just before the August recess contains findings not included in the other bills. For example, the bill finds that "The Internet has continued to drive economic growth, productivity and innovation since the Internet Tax Freedom Act was first enacted in 1998", and that "The Internet promotes a nationwide economic environment that facilitates innovation, promotes efficiency, and empowers people to broadly share their ideas."

If the Congress were to pass a bill that includes these findings, then some of these findings might be relied upon in matters not related to internet taxation.

For example, there is a finding that "As a massive global network that spans political boundaries, the Internet is inherently a matter of interstate and foreign commerce within the jurisdiction of the United States Congress under article I, section 8, clause 3 of the Constitution". This is an expansive and aggressive assertion of Congressional power under the commerce clause. The Constitution limits Congressional powers to those enumerated in Article I, Section 8. Clause 3 enumerates the "Power ... To Regulate Commerce with foreign Nations, and among the several States ...".

Much of the legislative output of the Congress relies upon this one clause, including much of its criminal prohibitions, civil rights law, and other statutes minimally related to interstate commerce. But, not all activity on the internet is interstate or foreign commerce.

If the "Internet is inherently a matter of interstate and foreign commerce", then the Congress may assert authority to regulate online activities that are not commerce, but for the use of the internet. Similarly, states also regulate commerce, including internet activity, and sometimes regulated entities then assert that such regulation is preempted by federal law. This clause would likely be asserted in some such legal challenges. Although, this bill does not assert exclusive jurisdiction.

This bill also finds that "Keeping Internet access affordable promotes ... jobs, education, healthcare" and that "The provision of affordable access to the Internet is fundamental to the American economy". Such findings might be asserted as further authority for such things as expansion of the Federal Communications Commission's (FCC) universal service tax and subsidy programs.