The focus of the letter is "large media companies" and their "mass consolidation" of media. However, they also lament the "extremely low levels of female and minority ownership".

They also wrote that "we understand that the FCC is again considering relaxation of its cross-ownership rules, which include limits on ownership of television stations and newspapers in the same market". Also, "It is our understanding that a vote on this latest round of proposed ownership rules can be expected before the end of the year."

They requested "that the FCC not proceed with its proposed rule changes without providing a clear, evidence based response" to their concerns. 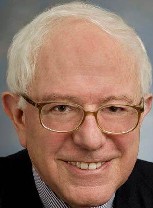 The FCC adopted it latest rules on December 18, 2007, in its Report and Order on Reconsideration [124 pages in PDF]. It released these rules on February 4, 2008. It is FCC 07-216. However, on July 12, 2011 the U.S. Court of Appeals (3rdCir) issued its opinion [58 pages in PDF] in Prometheus Radio Project v. FCC in which it, among other things, vacated and remanded the FCC's newspaper/broadcast cross-ownership (NBCO) rules. See, story titled "3rd Circuit Issues Opinion Regarding FCC Regulation of Media Ownership" in TLJ Daily E-Mail Alert No. 2,256, July 12, 2011. That story also provides a review of FCC's and 3rd Circuit's proceedings over the last decade. On June 28, 2012, the Supreme Court denied petitions for writ of certiorari. 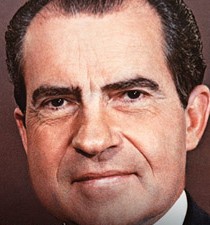 The NBCO rules date back to President Franklin Roosevelt's retaliation against newspapers for opposing some of his policies in the 1930s. Other politicians since, including former President Richard Nixon (at right), have also found FCC ownership regulation and broadcast licensing to be politically useful.

The DOJ, FTC and courts possess not only the tools, but also have the authority, to address competition in all interstate commerce. In contrast, the FCC applies outdated tools to only the limited industry sectors over which it holds regulatory authority, such as broadcast TV and radio, and newspapers via cross ownership.

A vast flood of new media based in internet protocol (IP) and new information technology (IT) devices and services not only lays beyond the regulatory control of the FCC, but has also rendered obsolete any antediluvian rationale that might have once existed for media ownership regulation.

Although, FCC Chairman Julius Genachowski may be grasping for a new regulatory rationale, and expanded authority, under the guise of the "Information Needs of Communities". See, July 2011 FCC report [468 pages in PDF].

Meanwhile, Sen. Sanders and others seek to preserve regulatory relics. They wrote, "While the Internet has matured significantly in recent years, it does not yet solve this problem."